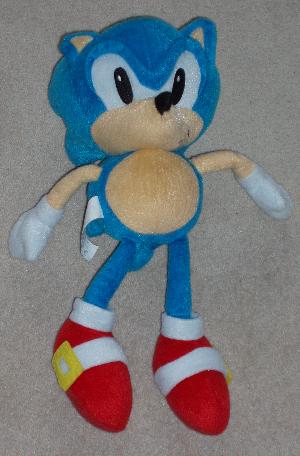 The box suggests that there are three other toys in the series. Tails is definitely widely available. Knuckles has been sighted. Dr Robotnik (or is it Eggman?) may or may not exist.

Comments: If a marketing firm were told to sit down and create a mascot for a videogame firm, it's highly unlikely they'd come up with Mario. Let's be honest, he's a fat plumber with a dodgy Italian accent and ill-advised facial hair. He's not really first choice as the face of a multi-billion dollar corporation. Nonetheless, he's probably the most bankable star in the world of interactive entertainment. Stick the name 'Mario' on the front of the box and any game will fly off the shelves. Thanks to his roots in the days of 8-bit technology, he looks weird and he has a bizarre life-story but he also has a portfolio of stunning work which goes back decades. There's hardly a duff game in his résumé. It doesn't matter that he's a reject from The Village People - Nintendo's quality control on his titles has ensured he's a videogame legend.

The marketing firm might well devise Sonic, though. They'd come up with Lara Croft first, for the obvious reasons, but Sonic would be next on the list. He's a spiky, blue hedgehog with attitude who runs really fast and wears trendy trainers. He's parent-friendly, he's cool and he understands where the kidz are at... or whatever. There must be something appealing about him anyway - he's barely starred in a good game in ten years and yet Sega still keep making them. Someone must be buying them.

About the only thing Sonic seems to be better than Mario at, is being a soft toy. This effort is more cuddly, higher quality and, quite frankly, vastly less hideous than the plush plumber that we got last year. As an added bonus, it's also vomit resistant and can withstand being machine-washed with anti-bacterial washing powder. (Hedgehogs that show attitude round here soon learn the error of their ways...) 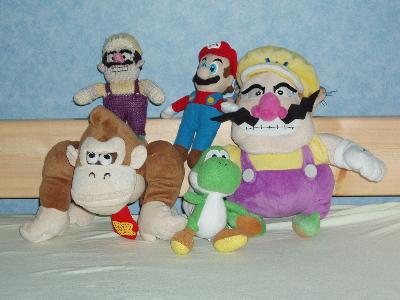 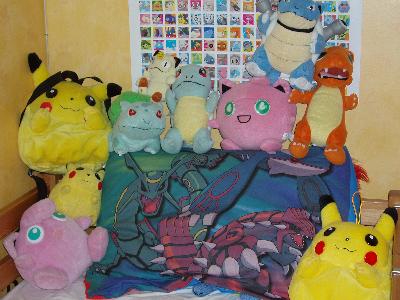 like his older brother. Then we wouldn't be drowning in quite so many cuddly toys and I'd have to help out with fewer rubbish games. (Sigh.)

We've got the tails toy too: 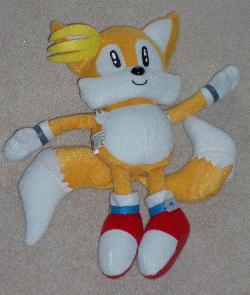 It's OK but does anyone care about Tails?

Still, if you have a Sega fan of your own, you can't go far wrong with one of the Sonic toys (even if he is an irritating human-hedgehog Frankenstein monster of a marketing creation).

Conclusion: If only Sonic's games were this good...

Height: 12 inches.
Fabric: Plush and shiny.
Stuffing: Quick-drying.
Likeness to the actual character: Passable.
Best feature: You get to kick Sonic down the stairs when the kids aren't looking.
What I have to do now: Put all these toys back exactly where I found them, or I'm a dead man. 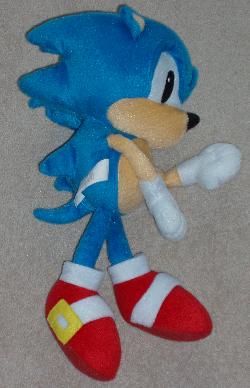